Check it off your “bucket list” and transit the Panama Canal from the Pacific to the Atlantic Ocean in one day.

We aren’t able to process your payment. Please, try again.

Thank you for your request!
Your confirmation number:

The trip departs from the Flamenco Marina and you will travel from the Pacific Ocean to the Atlantic Ocean on the same day. Once in the Pacific Ocean, you will be able to admire the Bay of Panama and Panama City’s splendorous skyline before passing under the Bridge of the Americas.

The vessel will then transit through the first set of locks, the Miraflores Locks, where it will ascend 18 meters in two distinct steps. Next, the Pacific Queen will enter Miraflores Lake, which is a small artificial body of fresh water that separates Pedro Miguel Locks from Miraflores Locks. The vessel will transit through Pedro Miguel Locks, which is one of the two sets of locks on the Pacific side, and here the vessel ascends 9 meters in one-step.

After exiting Pedro Miguel locks, the Pacific Queen will travel through the Gaillard Cut, where the Chagres River flows into the canal. The Gaillard Cut (also known as Culebra Cut because its curves resemble a snake) is one of the main points of interest for visitors because it was carved through the Continental Divide and this section of the Canal is full of history and geological value. As you transit the Cut you will be able to appreciate the continuous maintenance that this area requires, because it is very susceptible to landslides.

During your Panama Canal full transit tour you will enjoy a trip through Gatun Lake, which was formed by erecting the Gatun Dam across the Chagres River. As you transit through Gatun Lake you will pass the Smithsonian Research Station at Barro Colorado. You will also experience the Gatun Locks, which are the only set of locks in the Atlantic sector. In Gatun Locks, the vessel will be lowered a total of 26 meters in three distinct chambers. Upon arriving at Colon, you will disembark at Colon 2000, where transportation back to your hotel in Panama City will be provided.

Note:  The times and schedule is subject to the Panama Canal operations. 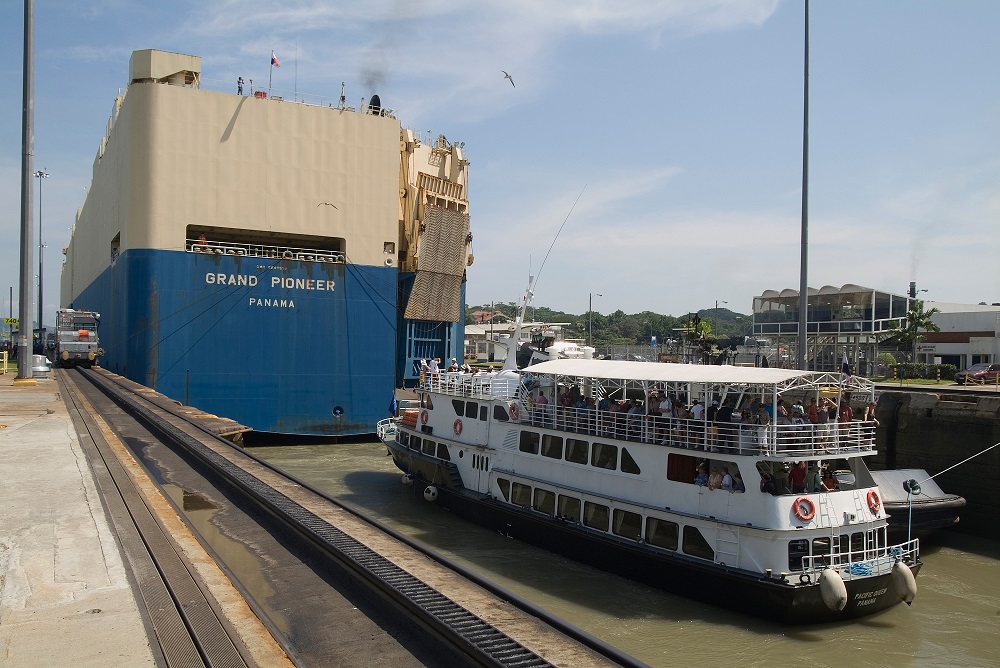