Start your lifetime experience and cross the Panama Canal, one of mankind’s greatest engineering feats.

Early in the morning an EcoCircuitos driver will transfer you to the Causeway to begin your Partial Transit of the Panama Canal. Admire the Bay of Panama and Panama City´s splendorous skyline during your partial transit of the Panama Canal Partial. You will pass by the impressive  Americas Bridge and transit the Miraflores Locks, where your vessel will ascend 54 feet in two distinct steps. Afterwards, you will enter the Miraflores Lake, a small artificial body of fresh water that separates the locks of Pedro Miguel from the Miraflores Locks. As a next step, the vessel will enter the Pedro Miguel Locks, which is one of the two sets of locks on the Pacific side. Here the vessel will be raised the last 27 feet to get into the Gatun Lake.

From here you will go under the Centennial Bridge, making your way to the Gatun Lake, which was formed by erecting the Gatun Dam across the Chagres River. After reaching the Gamboa Dredging Division, an EcoCircuitos driver will be waiting for you to transfer you back to your hotel.

Note: This transit can either go northbound or southbound, depending on the day. The above description describes the northbound transit. The times and schedule is subject to the Panama Canal operations. 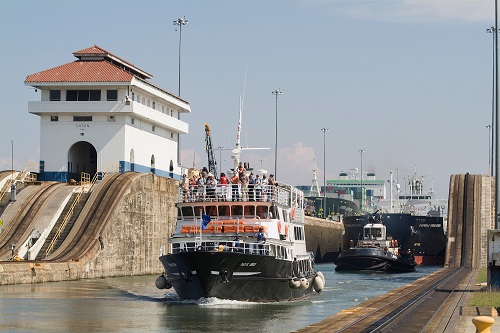 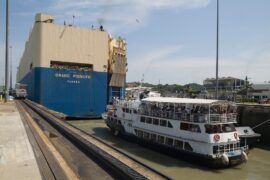 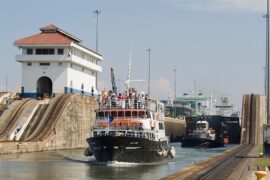 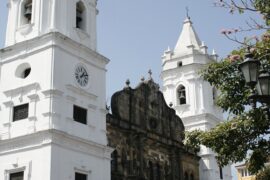 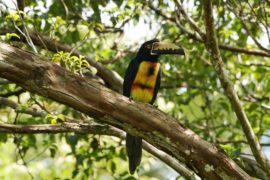